DEFENSE WAS QUEEN FOR HARRISON 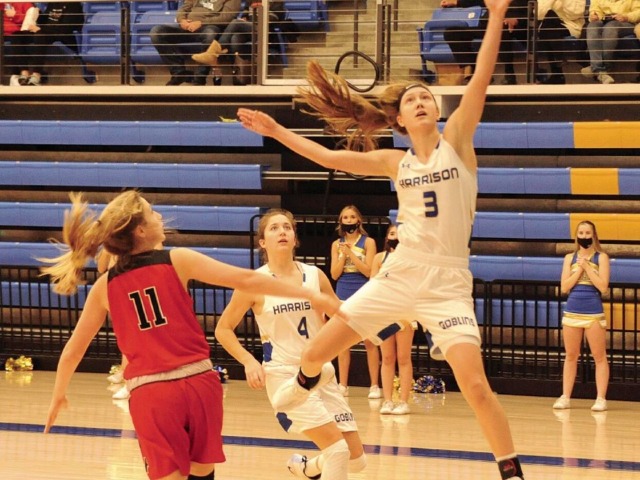 It was the top two teams in Class 4A on the court on Friday night in Harrison.

Farmington, the defending Class 4A state girls basketball champion and ranked first in the classification, and Harrison, the second ranked team in Class 4A, met in conference basketball action.

When the night was over, Harrison’s defense held Farmington to only two points in the final 4 minutes of the game to post a 56-42 victory.

The Lady Goblins remain undefeated and move to 9-0 on the season and 3-0 in league play.

Harrison put the game away late.

Maggie Salmon took a pass from Clare Barger and scored to give the Lady Goblins a 44-38 lead with 4:23 left in the game.


Farmington answered. Harrison then ended the game with a 12-2 run to seal the win.

Alex Hill scored back-to-back baskets with the first coming after a steal. The score stood at 48-40 until the Lady Goblins started to visit the free throw line because of Farmington fouling.

Over the last 1:36 of the game, Harrison visited the free throw line six times. Harrison finished 8-of-11 at the line during the stretch.

The Lady Goblins are off on Tuesday night before returning to the court on Friday night. Harrison faces Berryville at 6 p.m. in Colors Day festivities.

Farmington scored the opening basket, but then allowed the Lady Goblins to go wild behind the arc.

Harrison reeled off the next 13 points with Mariah Hudson draining two treys and Hill hitting one.

Hill had started the run and Barger ended the run with a bucket.

The 13-2 Harrison lead didn’t last long as Farmington scored the next 10 points over a two minute stretch.

Hudson ended the Farmington run and then hit another bucket, but the visitors scored the last five points of the frame to take a 19-17 lead.

Harrison senior Brynn Oleson, who is playing limitedly because of recovery from an injury, tied the contest for the Lady Goblins to start the second.

Shaylee Ward of Harrison answered a bucket by Farmington to tie the contest again at 21.

After a three-point play by Farmington, the Lady Goblins recorded another big run over the next 7:15 of the contest. Harrison outscored Farmington, 18-4, during the streak.

Barger started the run with a field goal and Hill added another bucket.

Farmington took its last lead of the game at 26-25 with 1:12 left in the second period.


Hudson scored the final basket of the second to make it a 27-26 Harrison lead at halftime.

After neither team scored in the opening two minutes of the third period, Hudson got things rolling. She completed a three-point play and Hill drained her second trey of the game.

The streak came to a close after two treys by Sydney Shrum in a 15-second span.

Unfortunately for Harrison, the Lady Goblins didn’t score the last 3:47 of the third which allowed the Lady Cardinals to cut the 11-point Harrison lead to five to start the fourth period.

Leading Harrison in scoring was Hudson and Hill with 16 points each. Shrum added 11, Salmon and Barger four apiece, Oleson and Ward two each and Madison Bell one. 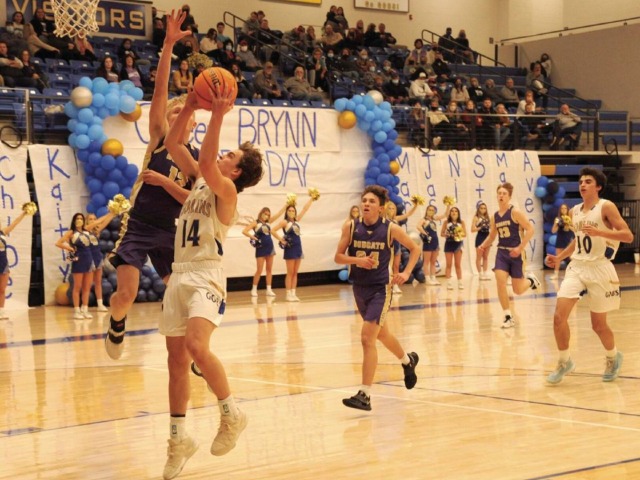 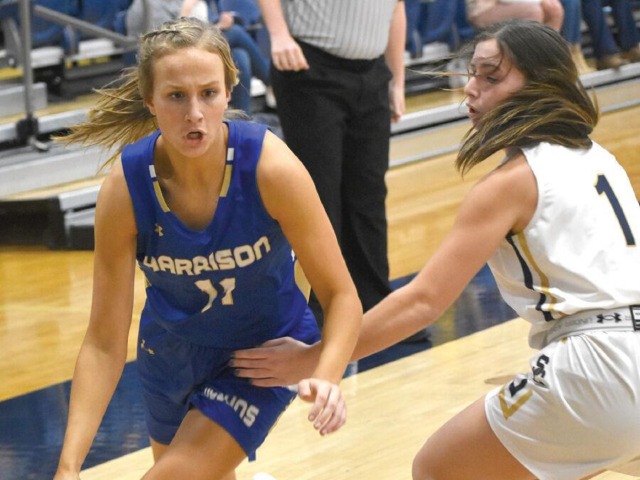