GOBLINS LEAVE BIRDS IN THEIR PATH 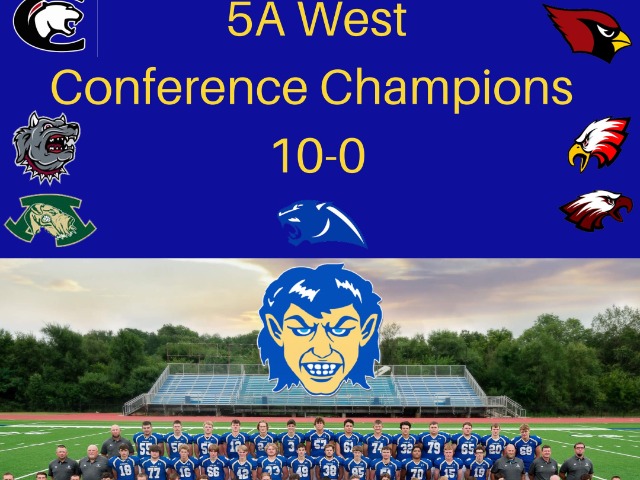 Harrison did just that. The Goblins finished the season undefeated to mark the first time in the 90-year history of the school's football program that the team has had back-to-back undefeated seasons.

Scoring early and often, Harrison put three touchdowns on the scoreboard in the first quarter and four on the board in the second period.

Since it was Senior Night, it was only fitting that all the points scored by Harrison came from seniors.

Gabe Huskey had four touchdowns on the night. The fourth score was his 100th career touchdown in a Goblin uniform.

Ben Johnson, Brooks Both and Bryant Ulrich had the other scores. Max Payne ended the night by hitting 7-of-7 point after attempts to complete the scoring.

Taking the opening kickoff, it took Harrison only four plays to score. Ben Johnson capped the run with a 38-yard touchdown run.

Johnson put the ball into the hands of Huskey, but after reading the defense the quarterback kept the pigskin and ran up the middle with a burst of speed to score just 81 seconds into the game.

After a defense stop, Harrison gave the ball to Huskey to cap a drive at the 6:01 mark. Huskey scored from 2 yards out.

Just two plays later, the Goblins recovered a fumble. A hand off to Both resulted in the senior rambling 33 yards for a touchdown.

Harrison ended the first with a 21-0 lead.

The Goblins started the second period with more of Huskey. He had a short run early in the frame to give Harrison a 28-0 lead after Payne hit his fourth PAT.

Farmington had their only scoring drive of the first half. The Cardinals completed a touchdown pass to get on the board. A missed two-point attempt left the score at 28-6.


Having a penalty assessed to the kickoff, Farmington's kick was fielded by Both. He had a big return to take the ball deep inside the Cardinal territory.

While Harrison was there, Ulrich broke free for a 10-yard carry into the end zone with 6:29 left in the half.

The Goblins will enter the playoffs as the No. 1 seed from the 5A-West. As long as they keep winning, every playoff game that they have will be in Harrison.

On Friday, the Goblins will face Batesville. The Pioneers are the No. 4 team from the 5A-East. The game will start at 7 p.m.